Mortuary Receiving House 1 began construction on 14 April 1867 and was completed on 10 August 1869, designed by James Barnet (currently a Rookwood resident). The cost to ride the train was 1 schilling (10c) return and the deceased rode free.

It operated until 1938 when travelling by car became more common. After this, the trains only ran on weekends for special occasions, such as Mother’s Day. With the Second World War, the service was revived due to petrol rationing.

The line officially closed on 3 April 1948. Rookwood Cemetery’s individual trusts were offered to purchase the station for £1 provided they maintained it, but they refused and the station fell into disrepair. The bell from the station spire disappeared and to this day it is not known what happened to it. 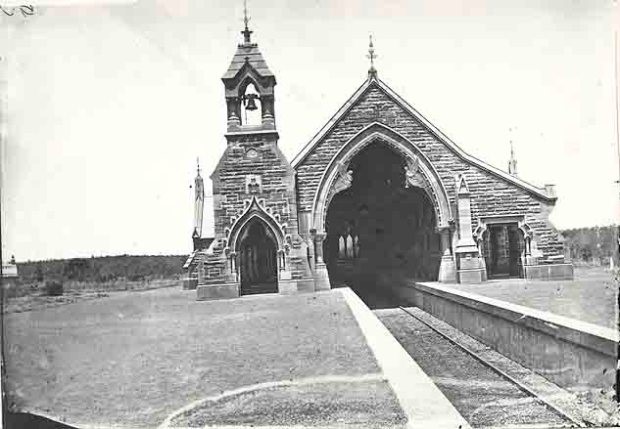 The Government advertised the sale of the station. If it was not purchased it would be dismantled, crushed and used as road base. Fortunately, All Saints Church of England in Canberra used money from its Ladies Auxiliary and purchased the building for £100.

All the stones were numbered, dismantled and moved brick by brick from Rookwood Cemetery to Canberra in 83 semi-trailers. The Church took a year to re-build the building at an overall cost of £24,000. The replacement bell came from a locomotive that operated in the Lithgow area. After the locomotive went out of service in 1925, the bell was used as a fire alarm at the Shell Oil Depot in Sydney. It was salvaged by the NSW Steam Tram & Train Preservation Society and presented to the Church in 1958.

In 2000, financial assistance was made available from the Federation and Cultural Heritage Program at the Mortuary 1 site. This enabled original stone work to be excavated and placed on modern fabric to show the plan and scale of the lost building that we see today.

At Rookwood, a monument has been built to commemorate No. 1 and the Necropolis’ rail history in general. 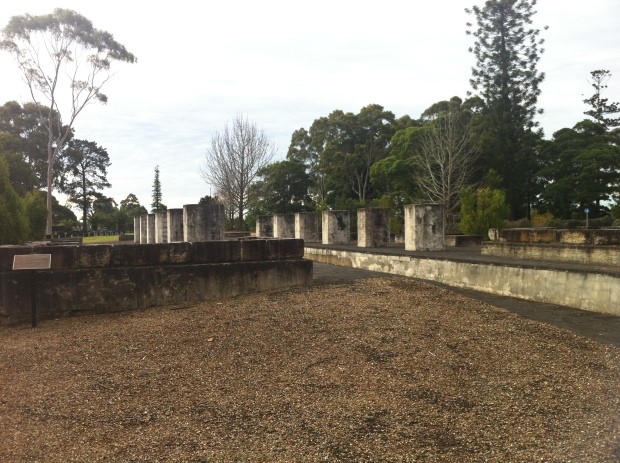 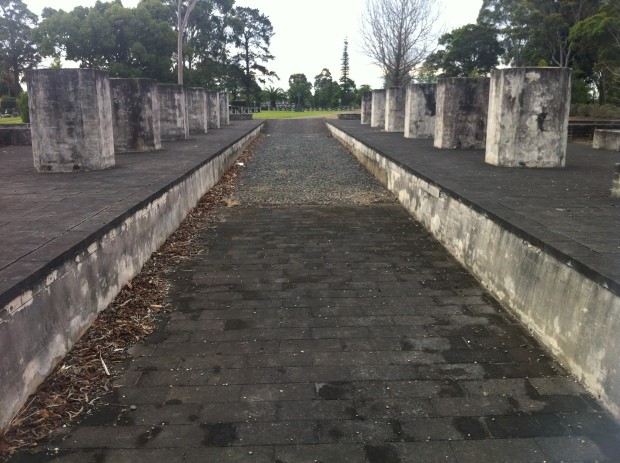