This pavilion and the grounds it overlooks were used as a burial site during World War II for American Servicemen killed in the Pacific Campaign. The grounds were originally laid out as a walled, rectangular parterre with a flagstaff surmounted with a large golden in the centre. The cemetery was laid out in 1942 and was to accommodate 800 graves.

The pavilion, sometimes referred to as the ‘American Stores’ is made from rock-faced sandstone blocks, with steel and timber joinery and internal brick lining to storage rooms. The roof is a flat reinforced concrete slab supported on four cylindrical steel columns. It is an unusual example of the influence of International Modernism in the cemetery context. 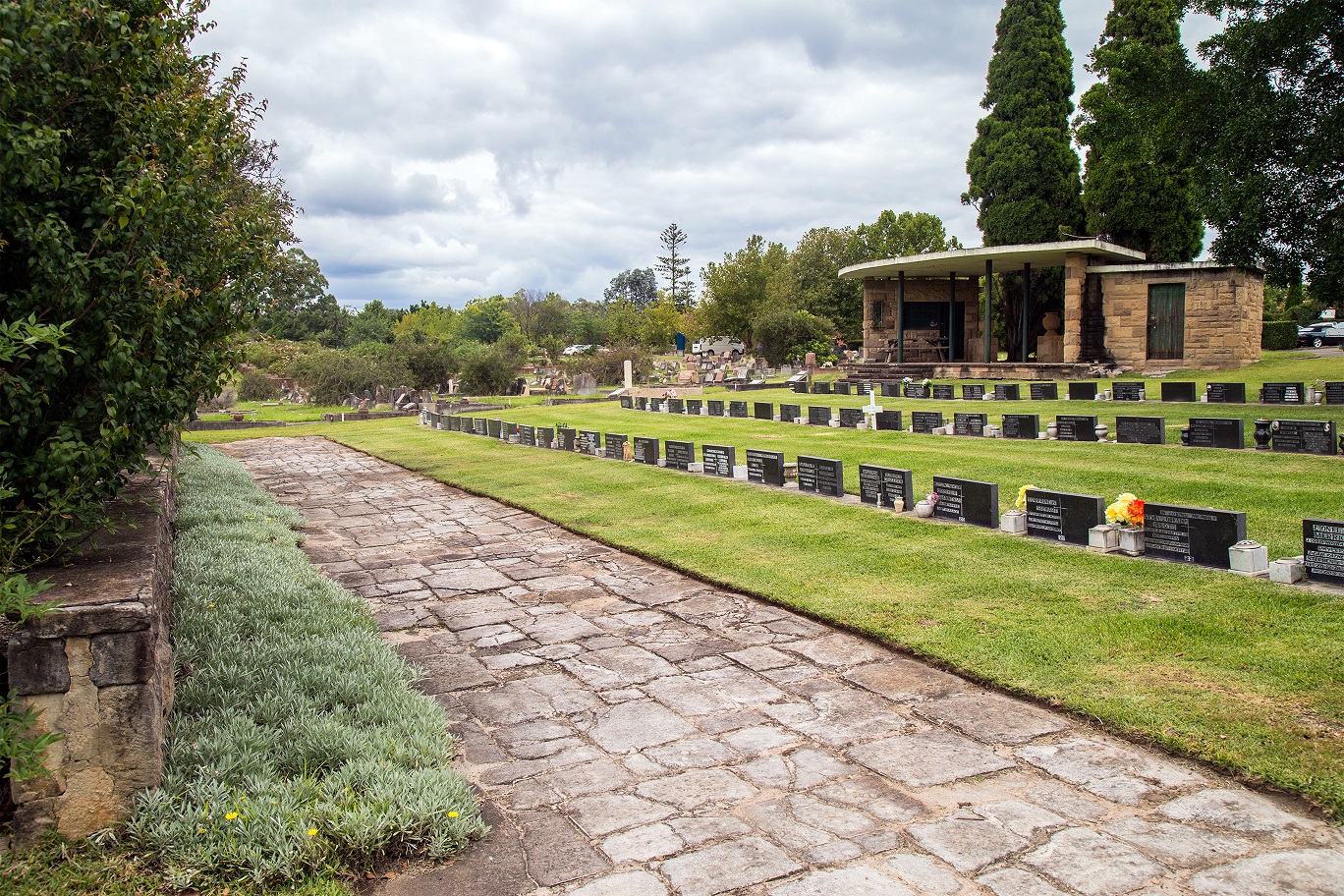 During WWII, US servicemen killed in the Pacific Campaign were buried in local cemeteries, including 64 in Karrakatta, WA. In 1945, these bodies were exhumed and temporarily reinterred in Rookwood Cemetery and Ipswich Cemetery. A service was held in Rookwood on 30 May 1947 to decorate the grave of each US sailor, soldier and airman buried in Australia. 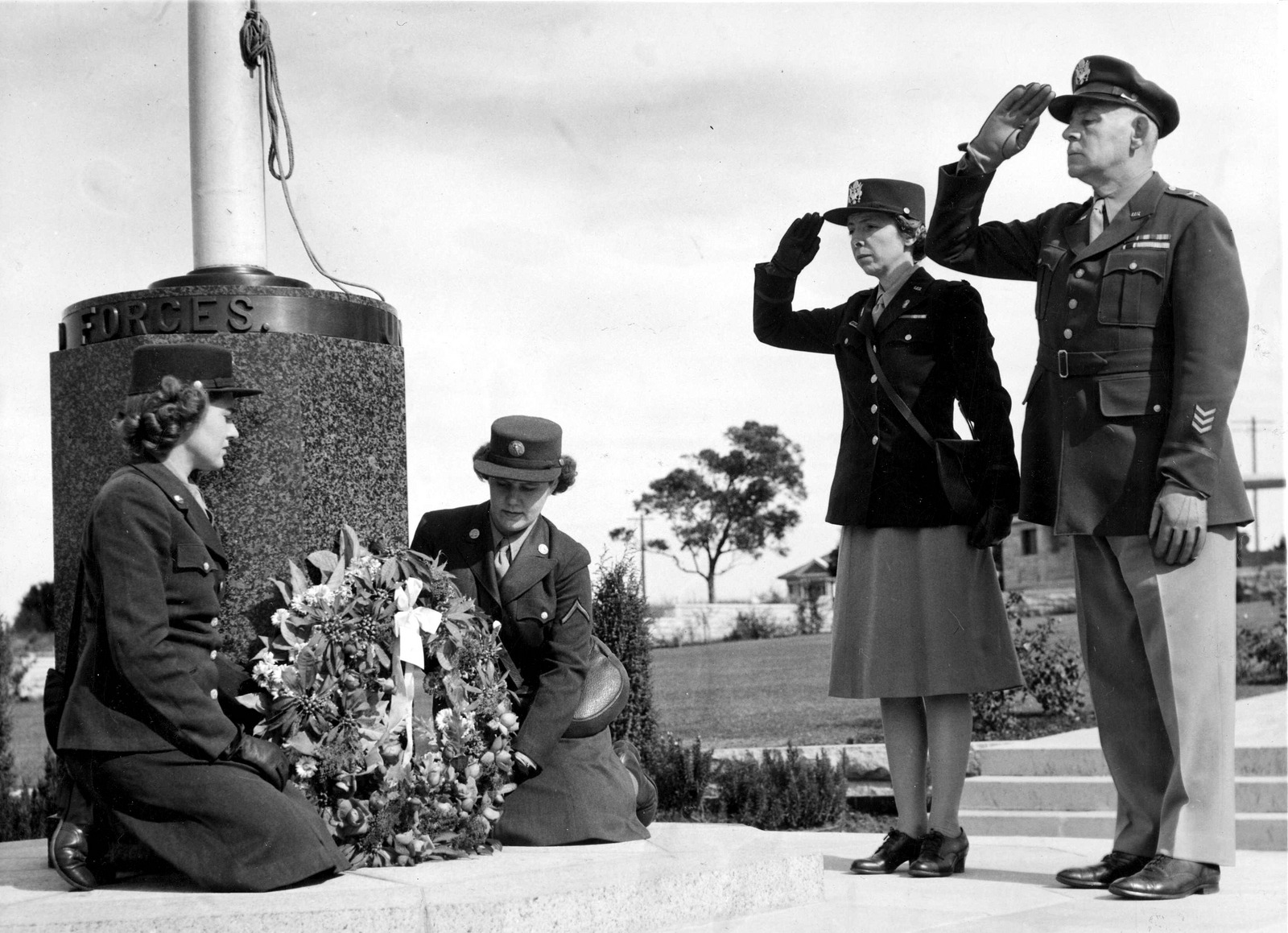 Private Ollie M. Johnson (South Carolina) and Private, First Class, Dorothy M. Helgenberg (Philadelphia) placing a wreath from the recently-arrived W.A.C. contingent at the base of the flagstaff-in the, American section of the Rookwood cemetery yesterday. On the right are Brigadier-General T. E. Rilea (Commanding General Base Section, Sydney) and Lieutenant-Colonel Mary-Agnes Brown (Commanding Officer of the W.A.C. in the South-west Pacific.)

In November 1947, 472 bodies were exhumed from Rookwood – the major storms and thick clay made for terrible working conditions.

The gravediggers who exhumed the bodies were almost not paid. On December 11, masked bandits attempted to steal the 2,000 pounds.

The bodies taken by rail to Brisbane where they were met by 1,406 of their comrades who were buried at Ipswich Cemetery. They were placed on the US Navy Ship USAT Goucher Victory and returned to the United States after a ceremony in the Brisbane City Hall to honour the dead on 22 December 1947. 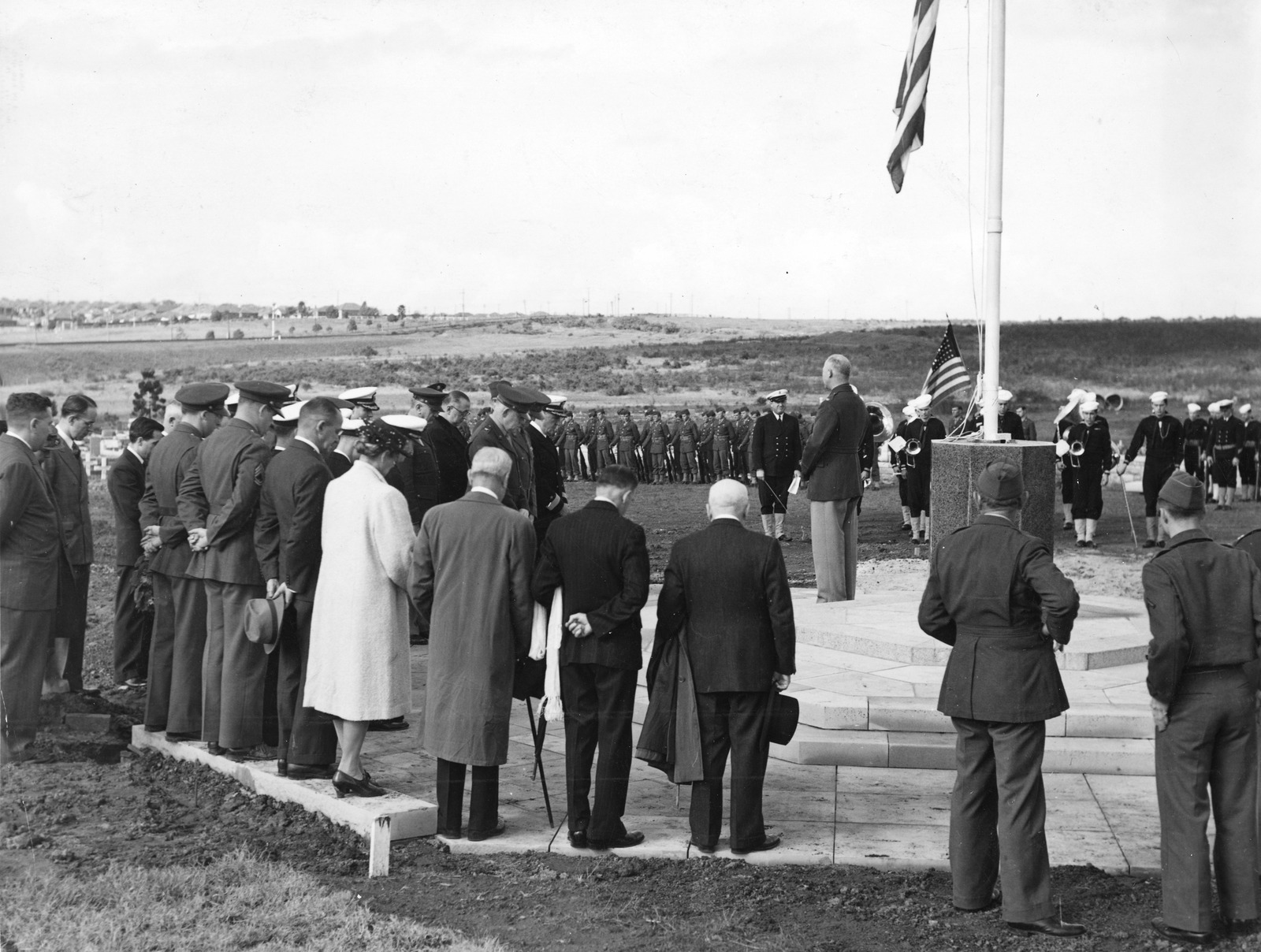 The area is an important remnant of the post-war history of Rookwood and is one of only two major cemeteries used by the American forces in Australia.