Devonshire Street Cemetery (also known as Sandhills Cemetery) was located at Brickfield Hill, in Sydney, Australia. The cemetery was consecrated in 1820 and by 1860, the cemetery was already at fully capacity. It closed in 1888, with the last interment in 1891. 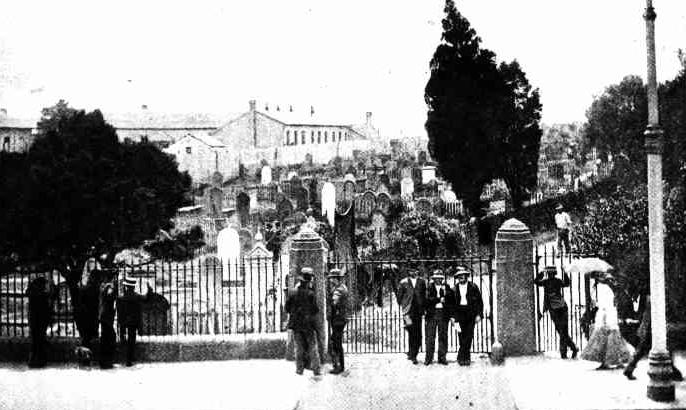 The Devonshire Gates were once guarded the colony’s most notable and notorious. In their time, they were the main assembly point and a meeting place for mourners.

Made of Sydney sandstone around 1818, the imposing gate pillars, each weighing two tons, had been lost sight of for about 30 years. At some point during those years, the gates were relocated to St Anthony’s and St Joseph’s Centre of Care in Croydon. 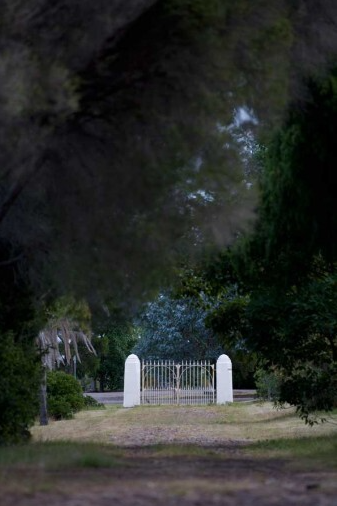 In 2002 the former Rookwood Anglican Trust discovered the gates in Croydon and in 2004 they were transferred to Rookwood and restored, where they still stand today on the northern side of Necropolis Drive.